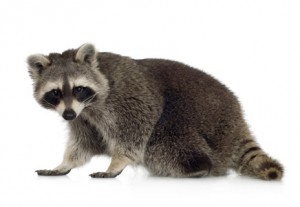 Raccoons are omnivorous animals and are said to have originally lived in the tropics and along riverbanks. They later migrated to other parts of North America and adapted to new territories and changing in their diet.

How do City Raccoons Behave?

Raccoons are able to adjust to a variety of climatic conditions and environments. This ability to adjust to various environmental conditions allows them to live in many major cities of North America and other parts of the world. Raccoons stay with their mothers for about one year, and during this period, they are fed, protected and taught how to survive. Animals in cities are taught how to increase their pace while crossing the road to avoid being hit by cars. They are also taught how to avoid busy streets and major highways.

Urban raccoons live in a small territory which enables them not to travel too far, find shelter, food and water within a short distance. The animals in urban areas are highly flexible in body sizes, and have a sharp sense of smell. Raccoons are omnivorous diet wise and have nimble hands that can open up doors and containers. They can find food anywhere including garbage areas and pet food.

Differences Between Wild and City Raccoons

Cities are a new environment for the animals that are used to living in the wild. In order for them to survive in urban settings, the animals must be extremely flexible. In order to avoid many dangers that exist in cities, city raccoons have adapted a highly flexible nature.This is unlike those in the wild which are rather slow and clumsy. City raccoons also are known to live longer and have more offspring than those in the wild. This is mainly because in the cities the animals are away from hunting and trappings, a general lack of predators and abundance of human food.

City raccoons are able to find their way through obstacles and somewhat aggressive than their counterparts in the wild. Due to this behavior, urban raccoons are more susceptible to cause more damage than their counterparts in the wild. Due to frequent interactions and conflict with humans, raccoons that dwell in cities tend to be more intelligent than those in the wild. Finally, raccoons in urban settings live much longer than those in wild. The reasons for the huge difference in life expectancy between the two categories are varied, but some of them are diet, environment and predators.

As urban centers expand, the distinction between what is a city and wild raccoon become blurred. According to Wildlife Removal specialists, they continue to find more wild raccoons in the east as the city of Oshawa keeps growing. Are Oshawa raccoons the most wild in the GTA? Well I doubt it, but it sure tells us that the struggle with such wildlife is not ending soon.